Top-20 most anticipated exhibitions in Moscow and St. Petersburg this fall • ARTANDHOUSES 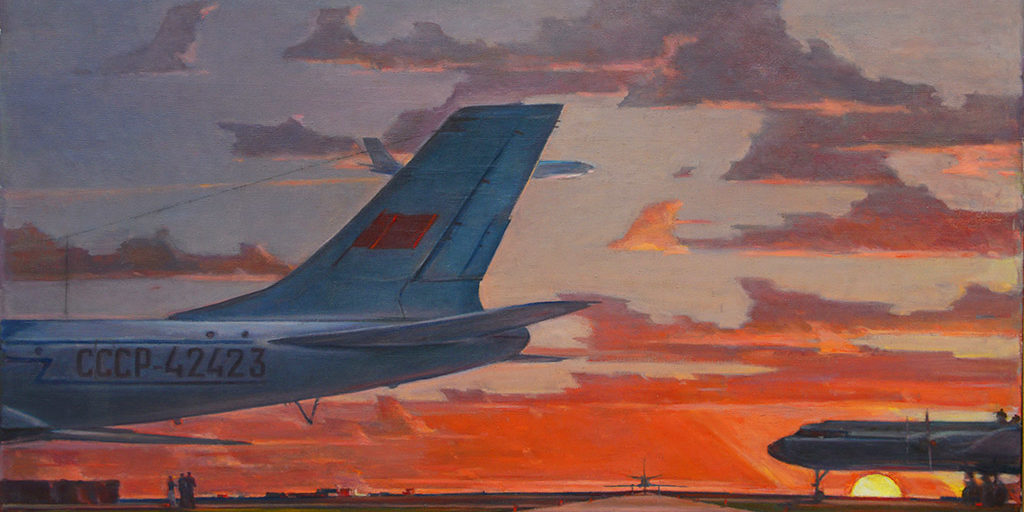 The opening of the exhibition season this autumn is rich in events in both capitals. ARTANDHOUSES has selected the most interesting exhibitions that are worth a visit.

The Leiden collection. The age of Rembrandt and Vermeer

This fantastic exhibition of a private American collection of the Kaplans was already hosted in Moscow by the Pushkin State Museum of Fine Arts this year. It has now moved to the Hermitage. The works of Rembrandt, Lievens and other Flemish and Dutch masters of the golden age will be complemented by works from the main Russian museum’s own collection. 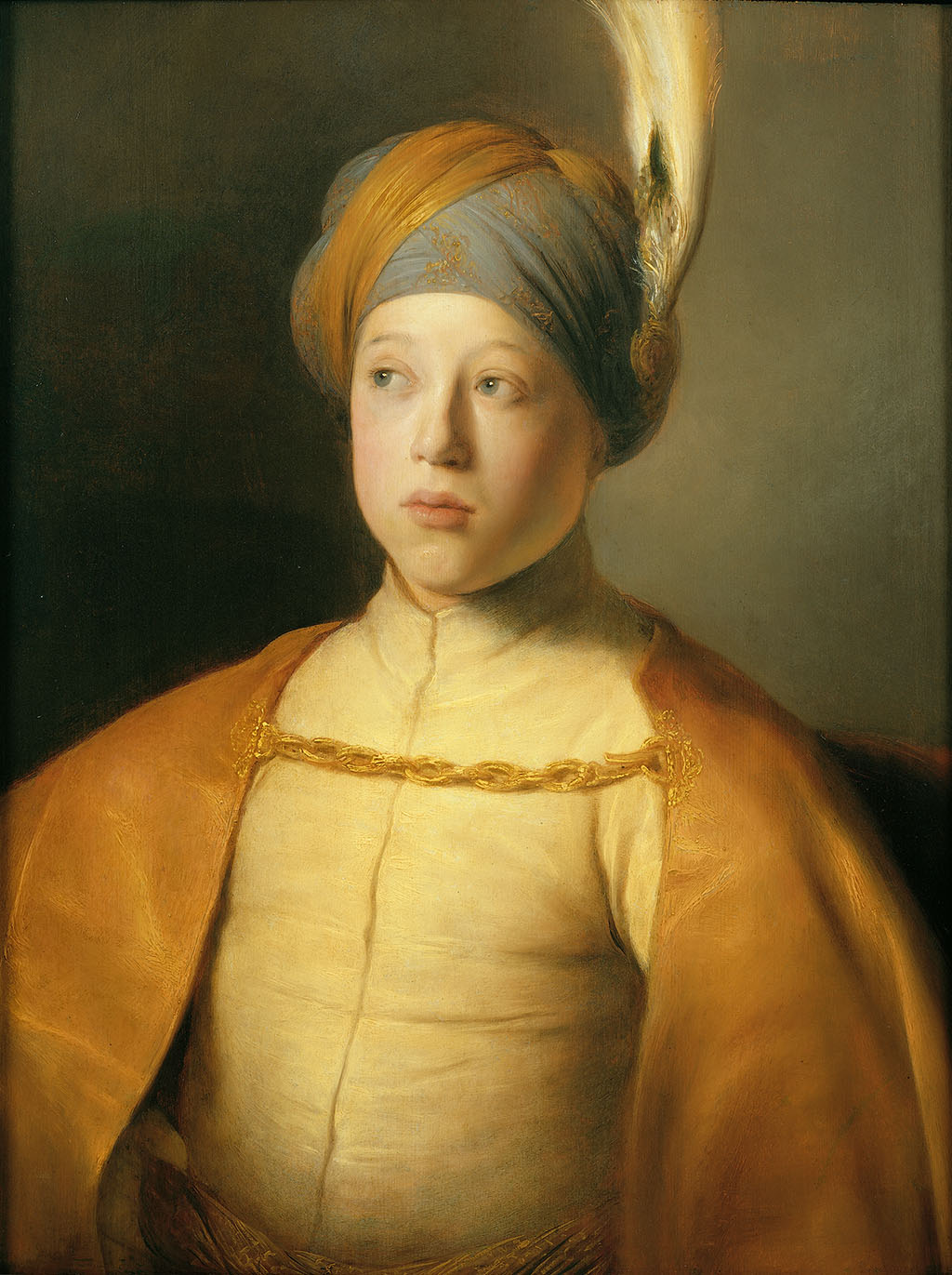 Jan Lievens
«Boy in a Cape and Turban (Portrait of Prince Rupert of the Palatinate)», circa 1631
The Leiden collection, New-York

Jewels compliment the Kremlin’s still quite modest exhibition halls. The intimate surroundings can provide the perfect light around each miniature piece, and multimedia installations, if required. This season’s monographic exhibition is dedicated to Rome-based Bulgari, celebrating the famous house’s 130th anniversary. Diamond, emerald and sapphire cascades that once belonged to movie divas from all over world as well as vintage jewels, created back in the late XIX century when the house was founded, will ‘warm’ the visitors until mid-winter. 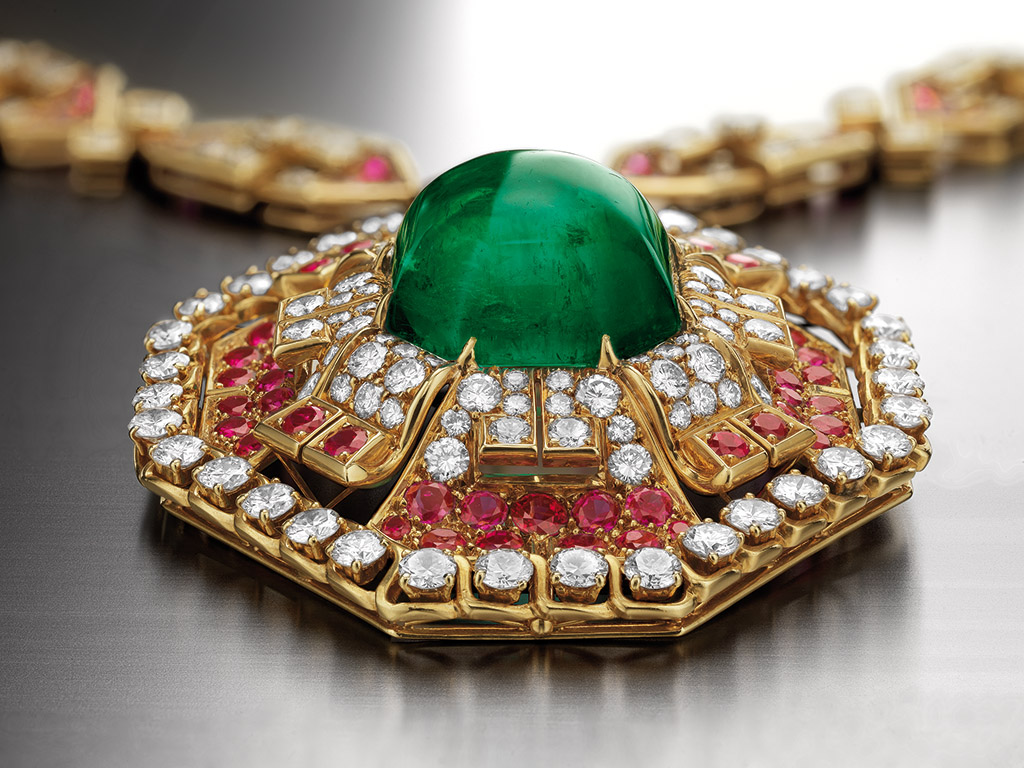 Ilya and Emilia Kabakov. Not Everyone Will Be Taken Into The Future

If the Leiden Collection travelled from Moscow to St. Petersburg, the exhibition of these conceptualist artists has the opposite story. It arrived at the Tretyakov gallery from the Hermitage. Some grand scale installations, depicting the soviet way of life and telling the stories of made-up heroes, will occupy the space of the New Tretyakov Gallery. 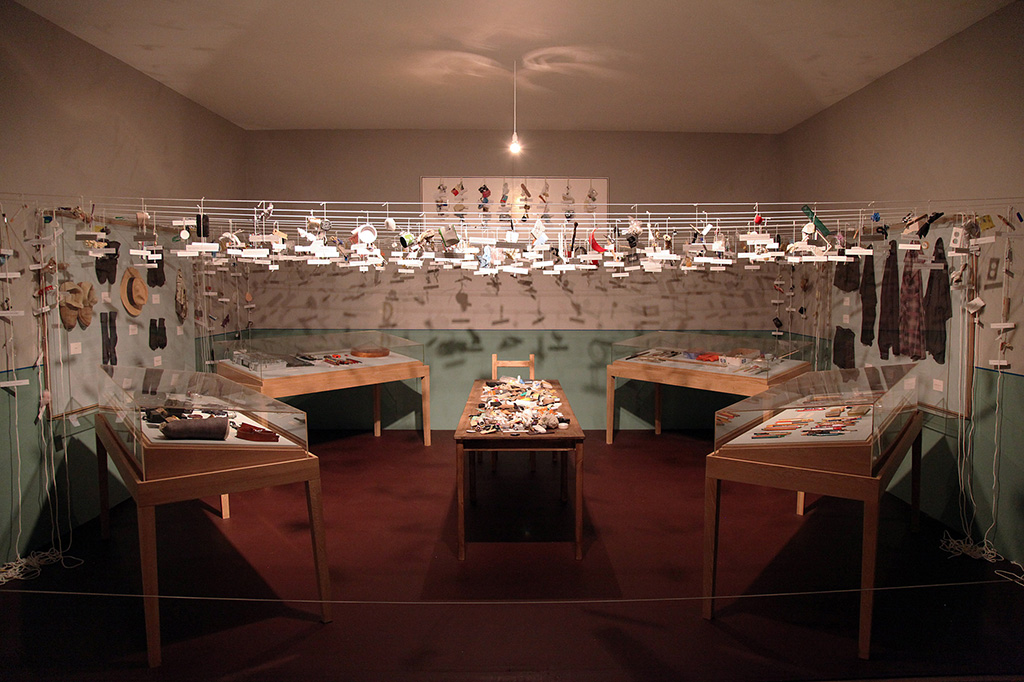 The Fabric of Felicity

How do people today perceive that someone belongs to a social group, to a trade, and in general, how do they define the level of conformity of a stranger? Yes, they judge by dress. Just as they did a hundred years ago when a philosopher and sociologist Georg Simmel wrote his essay called ‘Fashion’ that became one of the starting points in preparing this exhibition. Curators aim to track the history of outfits that put people in various professional and social groups with the works of about 40 artists from all the continents, from Lyubov Popova to Kader Attia. 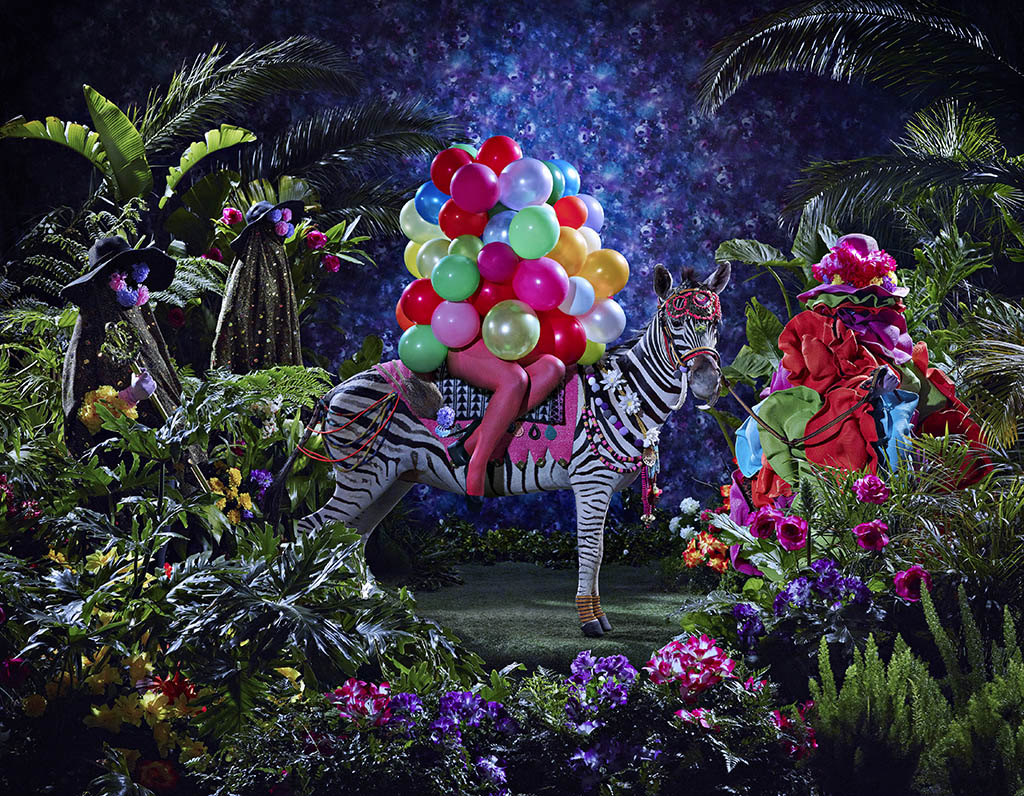 This exhibition is part of series dedicated to different trends in Russian art in the early XX century. The museum has already displayed Russian impressionism and symbolism; it now is expressionism’s turn with such bold artists as Kandinsky, Chagall, Filonov, Larionov, Grigoriev and tens of others. 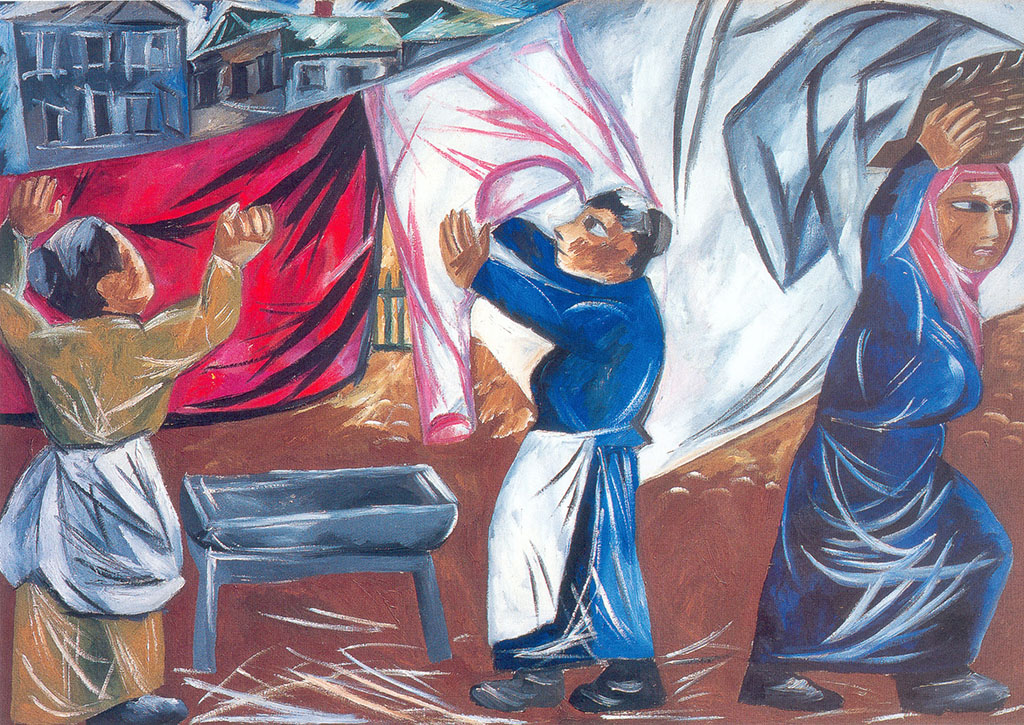 Jim Dine. From the collection of the Pompidou Center

In 1962, together with Warhol, Roy Lichtenshtein and other artists, Dine participated in a legendary exhibition ‘New painting of common objects’ when American pop-art was first presented to the public. Ever since he’s been considered to be one of the founding fathers of pop art, together with fellow American artists and their British colleagues. Dine didn’t stay true to a particular style or a certain manner. He has been creating very different things that will be presented as a mini-retrospective in Moscow. 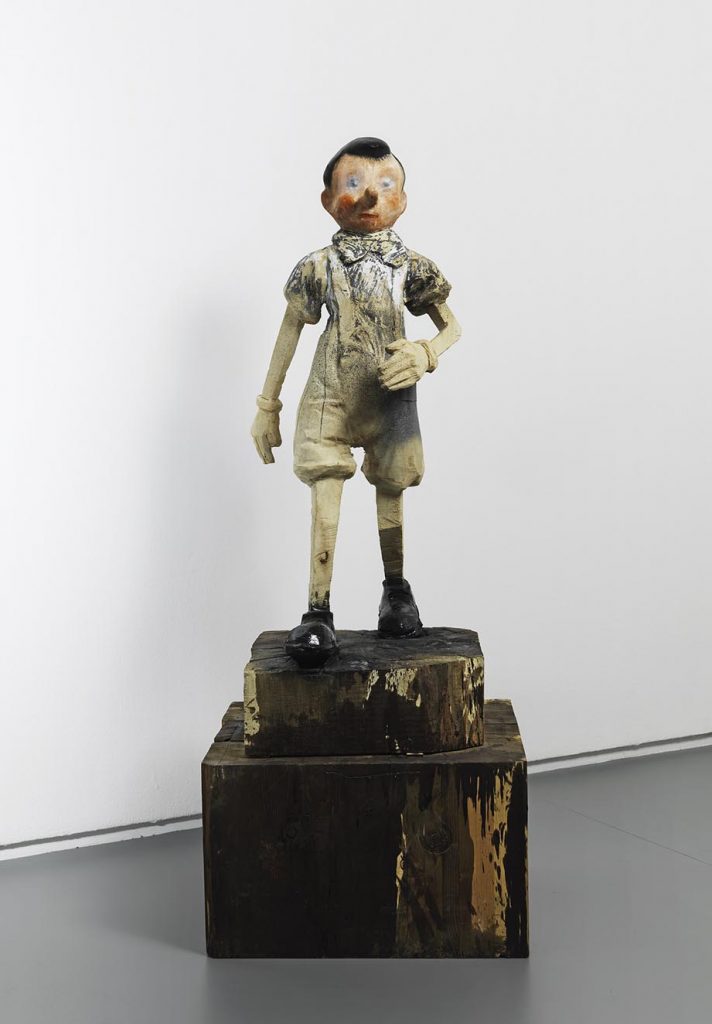 Contours of the Global Age

Next year will mark the 120th anniversary of probably the most important soviet realist Alexander Deineka. His exhibitions are already a hit. The Schusev Museum of Architecture starts celebrating in advance by opening the exposition of his graphics that are just as bold as his striking paintings. The exhibition will follow a retrospective approach – and even the painter’s childhood drawings will be presented. 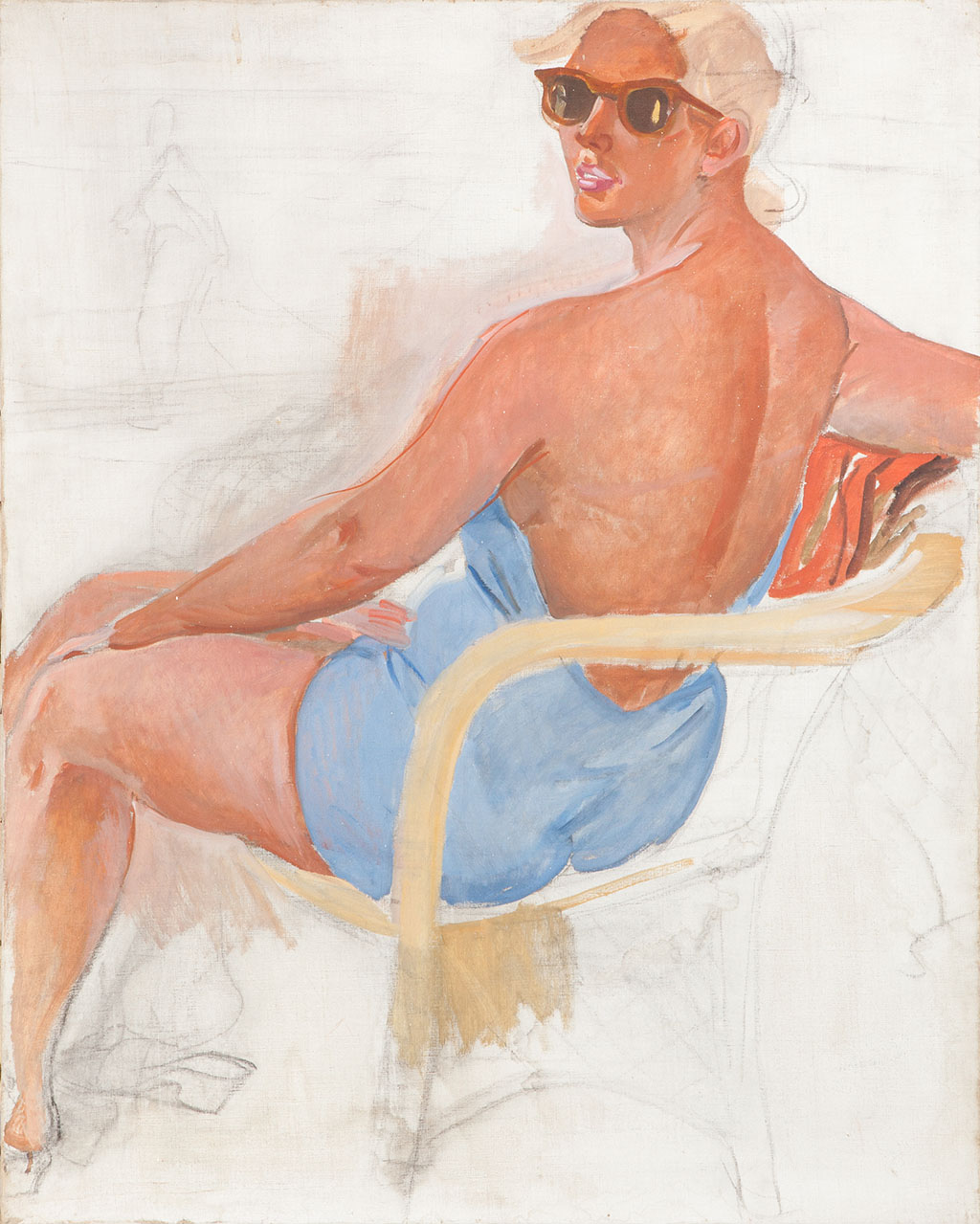 Graffiti artist, designer, print artist and a caricaturist, Fairey seems to have worked in all creative industries. He even turned to politics – one of his most recognizable recent works was the Barak Obama ‘Hope’ poster, made in his signature pop-art style. These exact portraits made him world famous and they are the core of MMOMA exhibition. 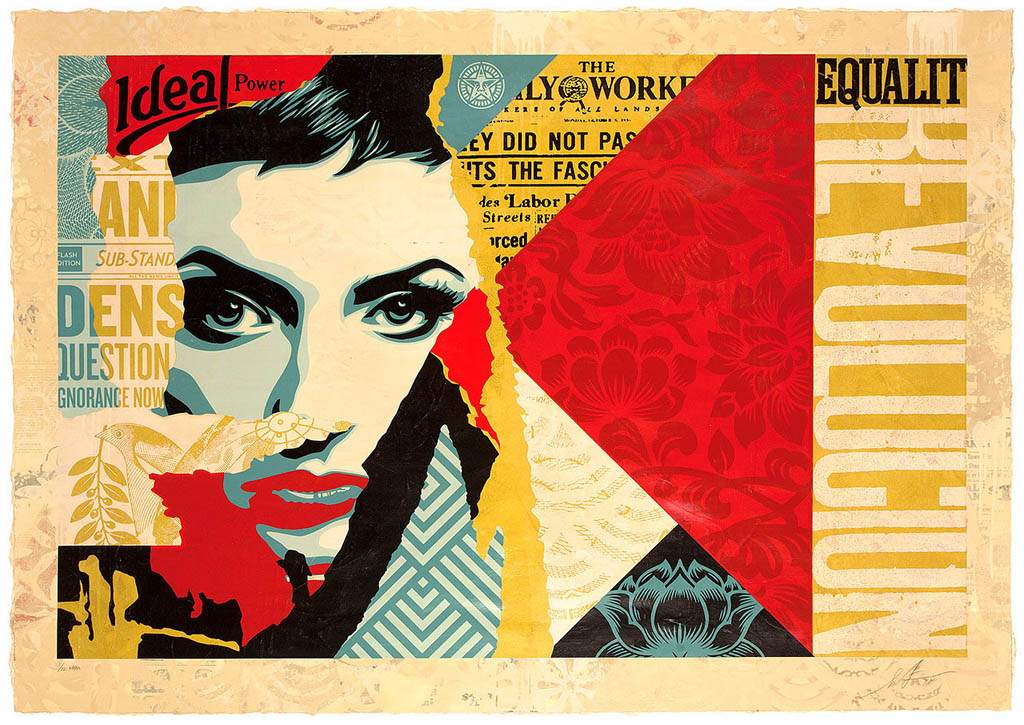 Natalya Goncharova’s monographic exhibition was the Tretyakov Gallery’s tour de force in 2013-2014. Her husband seemed to have been left behind in that exhibition and in other displays of avant-garde art later on. The Tretyakov Gallery seems to be filling a certain gap by presenting the biggest retrospective exhibition of over 500 pieces from Russian museums, Tate Britain, Paris Pompidou Center and Ludwig Museum in Cologne. 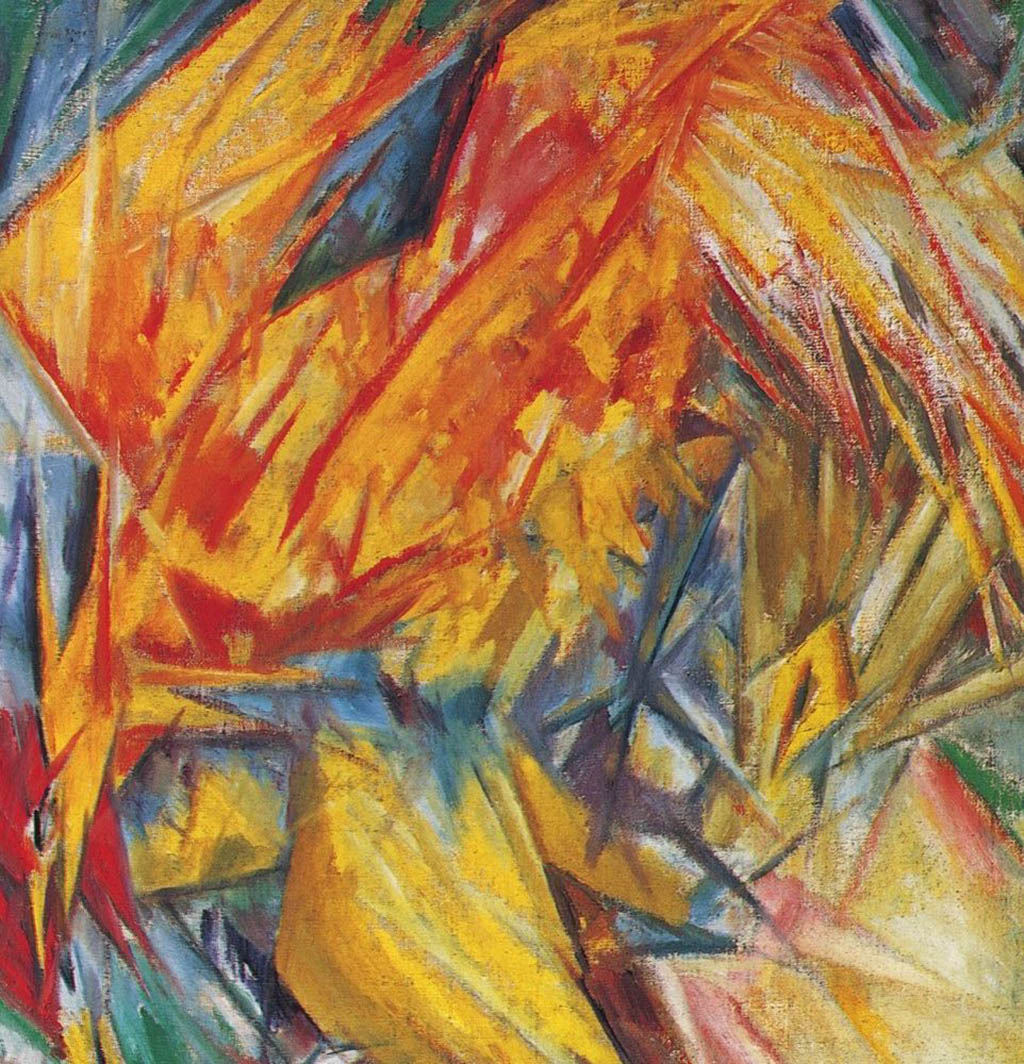 You Are Looking at Something That Never Occurred. From Zabludowicz Collection

The British private collection of Poju and Anita Zabludowicz is already known across the world. They exhibited their works in museums back in late XX century and later opened their own museum in a protestant chapel in London. They bring to Moscow a smaller part of their photography collection, which will include works of such classic masters as Cindy Sherman, Richard Prince, Andreas Gursky, Jeff Wall and others. 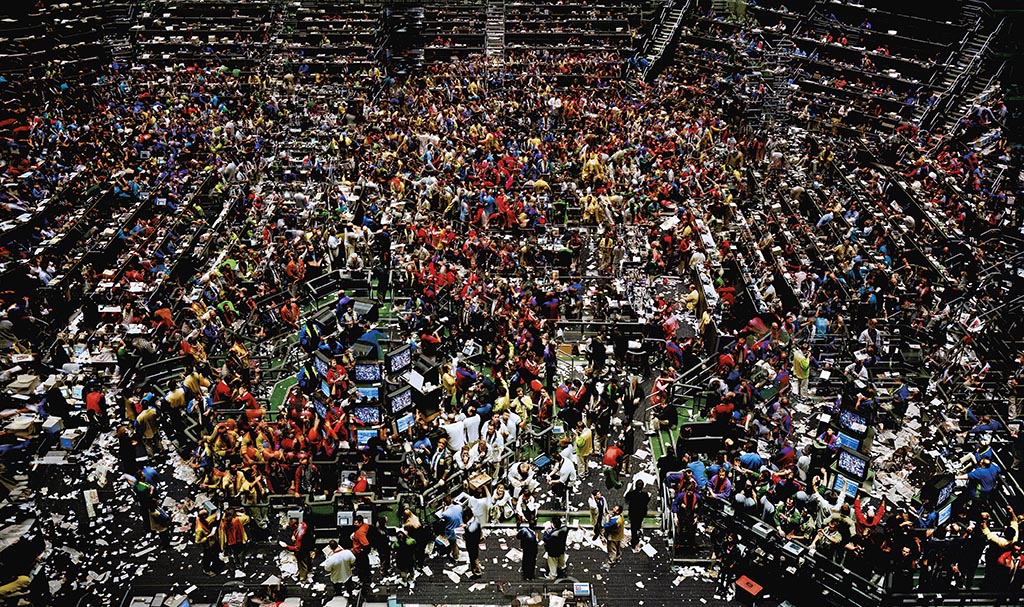 Soviet painter Georgy Nissky is probably one of the favorites of IRRA owner Alexey Ananyev, who paid almost $3m for his work “Over the snowy fields” at Sotheby’s. Nissky’s name is a regular reference point in collectors’ interviews and his current impressive museum retrospective as well as an amazing monographic album dedicated to the artist are a logical continuation of this admiration. The exhibition presents works collected from 23 museums and over 50 museums participated in the creation of the exhibition catalogue. 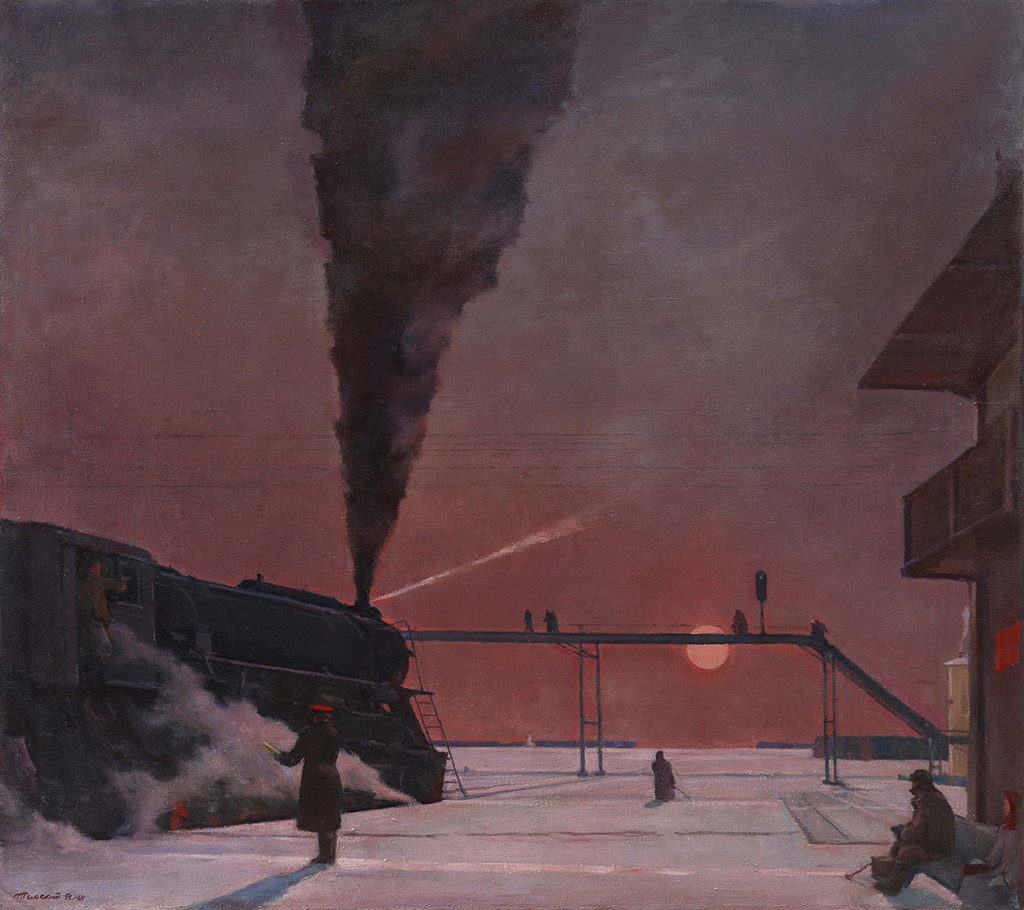 More than 40 pictures and 50 drawings of avant-gardists artists who lived in Paris in the early XX century and who were close friends and companions of Polish aristocrat Hélène Miaczinska, also known as Baroness Oettingen, are exhibited in the Pushkin museum. They will arrive from the Centre Pompidou and from the Modern Art Museum in Paris. Some will be borrowed from also from a private archive of the heirs of the legendary patroness of the arts. 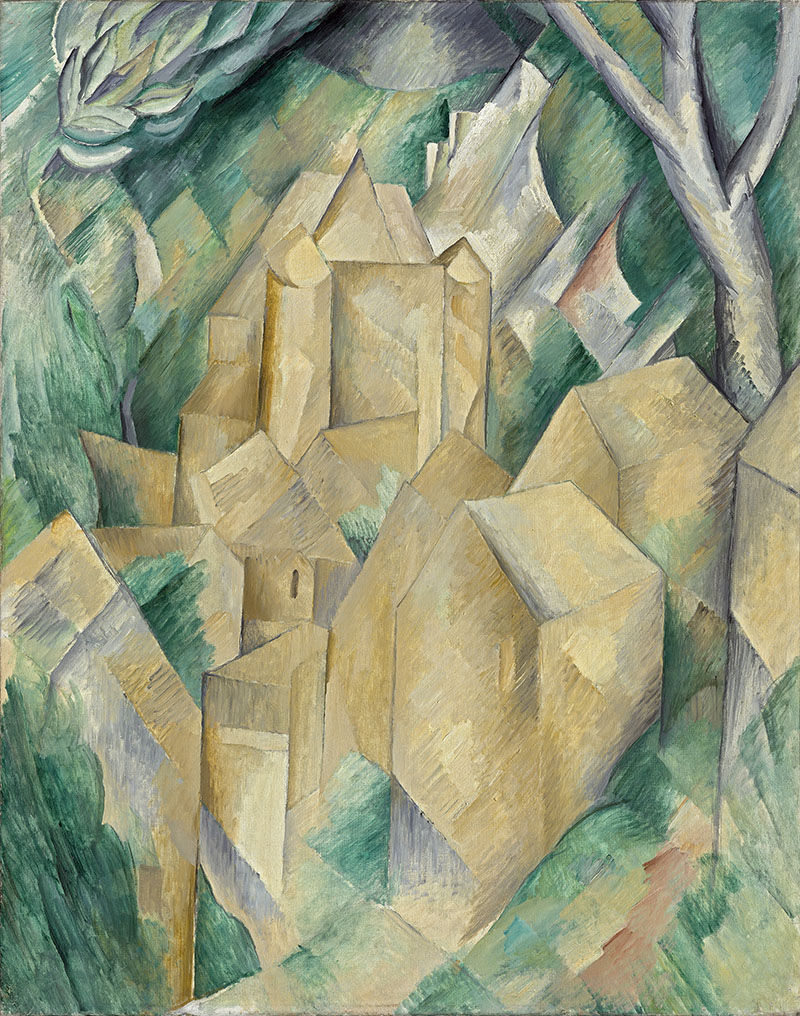 Juan Gris, «Still-life with a bottle», 1917
The Pushkin State Museum of Fine Arts

This is the first retrospective of this modern classic’s works after his death in 2015. There will be paintings, graphics, photographs and Salnikov’s video displayed in the Petrovka museum’s space. He was one of the first media artists in Russia. The name of the exhibition comes from one of his most famous projects – an interactive installation in which the artist himself played the role of a ‘preacher’. 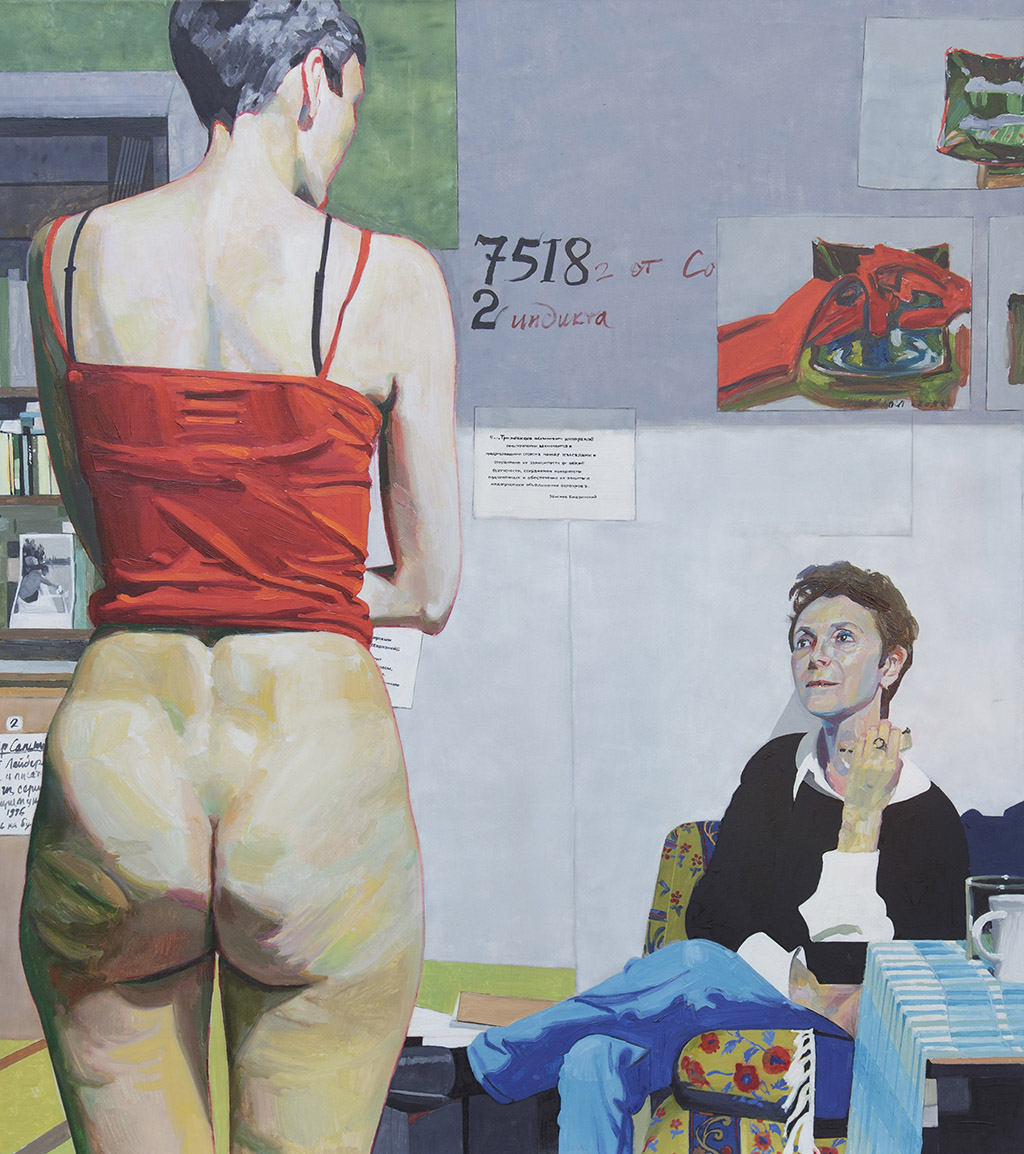 Broodthaers is well known in Europe. No big exhibition on conceptualism or surrealism runs without his works – the famous Belgian artist dedicated his life to these art movements. The Garage will exhibit a complete retrospective of Broodthaers’ works for the first time. 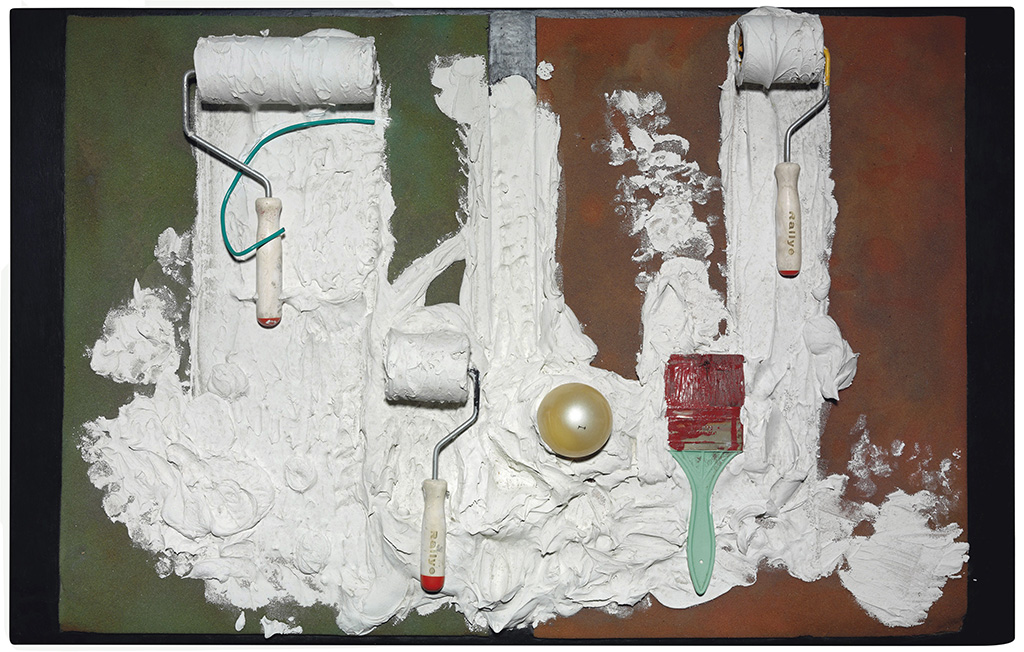 A big exhibition that moves from Vienna to St Petersburg is based on rhythms and echoes of pieces from two great world collections of art – The Hermitage and The Kunsthistorisches Museum. Curators searched for similarities in the collections of two museums as regards artists’ names, époques’, styles and trends. So the Hermitage collection will be joined by works of Golbein, van Dyck, Altdorfer, Tintoretto, Rembrandt and Strozzi. 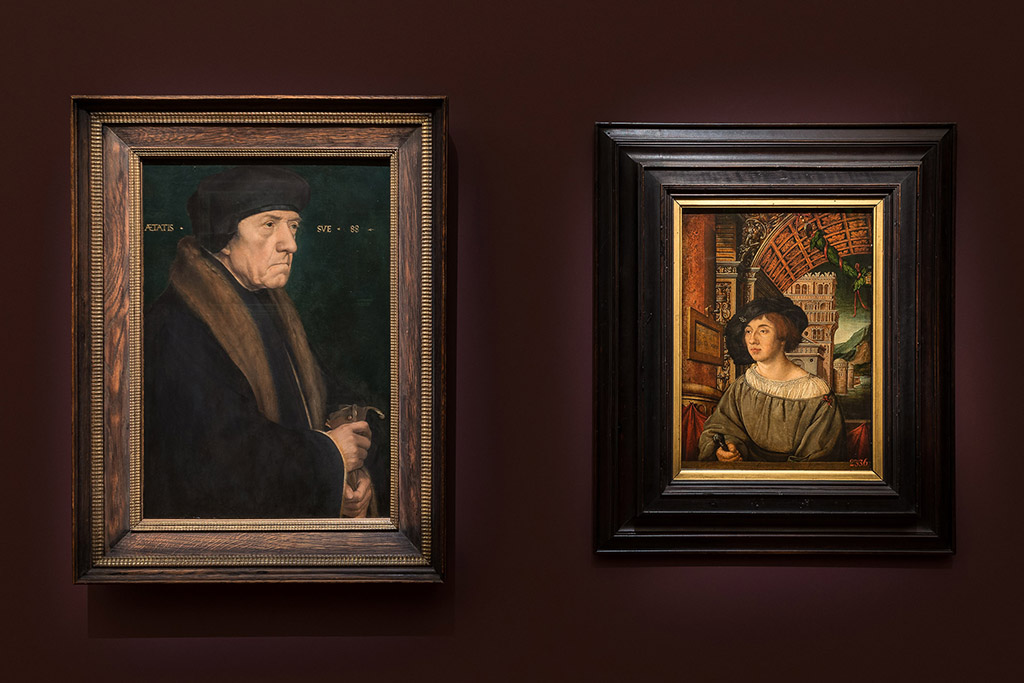 David Burliuk. I speak out!

The museum has dedicated the exhibition to 1900-1930s, the most vibrant years of the life and creativity of David Burliuk, the avant-garde artist and the founder of Russian futurism. Paintings and graphics gathered from private collection in Russia, Europe and USA will be accompanied by multimedia installations. 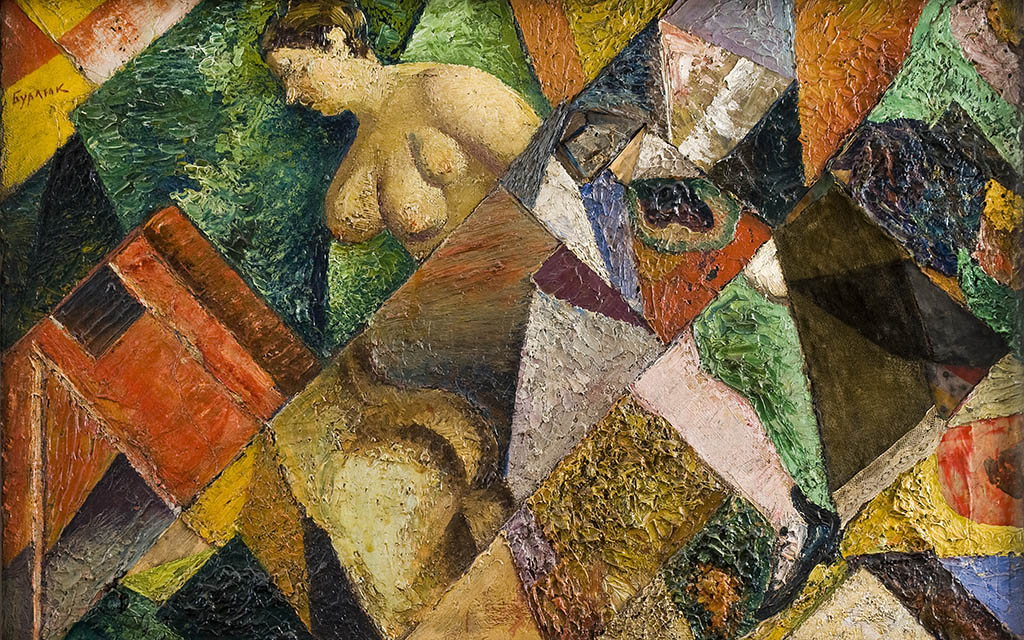 The museum continues with monographic displays of Jewish descendent artists and has finally reached Levitan, whose golden landscapes are familiar even to schoolchildren in Russia. The display must be entertaining, as the museum maintains. This time curators came up with the idea of mixing the visual culture of the classical landscape with cinematography and trying to distinguish Levitan’s influence on directors, from Eisenstein to Zvyagintsev. 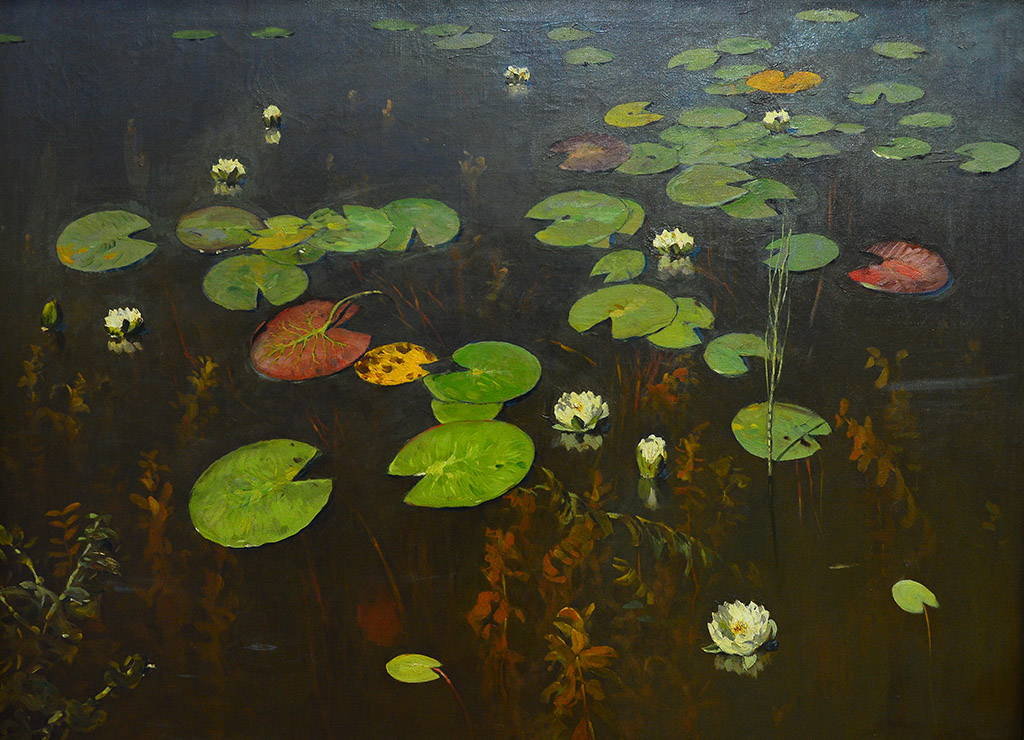 The works of Michelangelo are so rare in the world’s museums (there’s only one unfinished sculpture “Crouching boy” in the Hermitage collection) that any movements from their usual places are carefully monitored by art enthusiasts. That is the case now: many visitors from different countries will come to see “The Crucifix” from a private Italian collection, particularly given that this exhibition will include a draft from the British Museum. 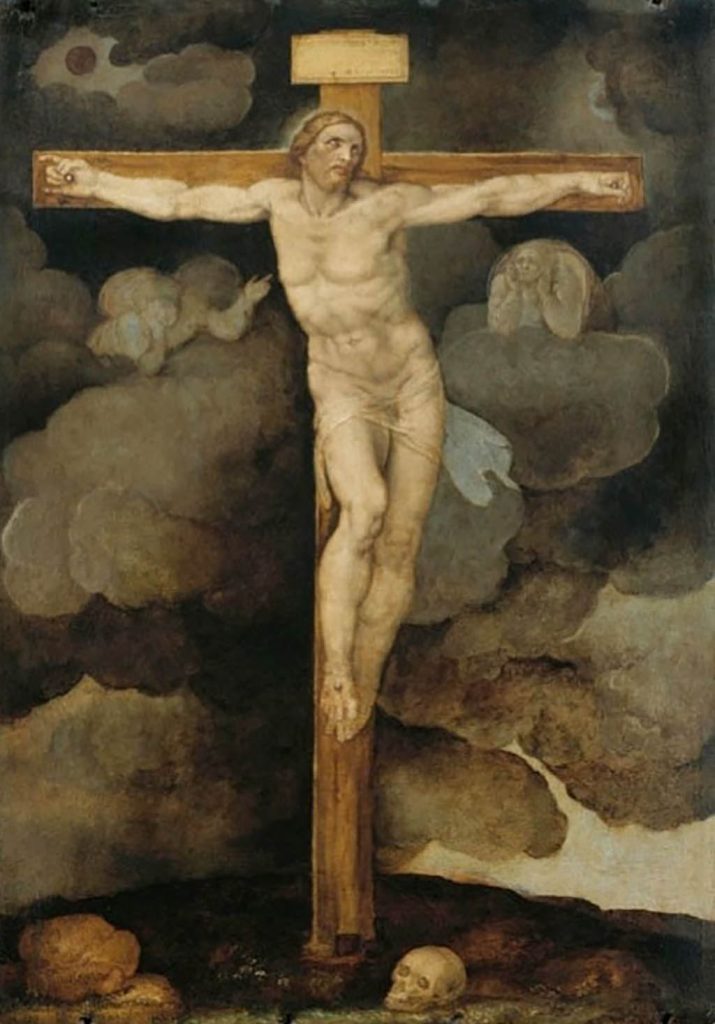 The exhibition that opened in the Picasso Museum in Paris last spring was a real blockbuster. The institution assembled for the first time a powerful collection dedicated to the Russian dancer, wife and muse of the great master. Paintings, graphics, sculptures depicting Olga Picasso or inspired by her will be displayed in the main building of Pushkin Museum. 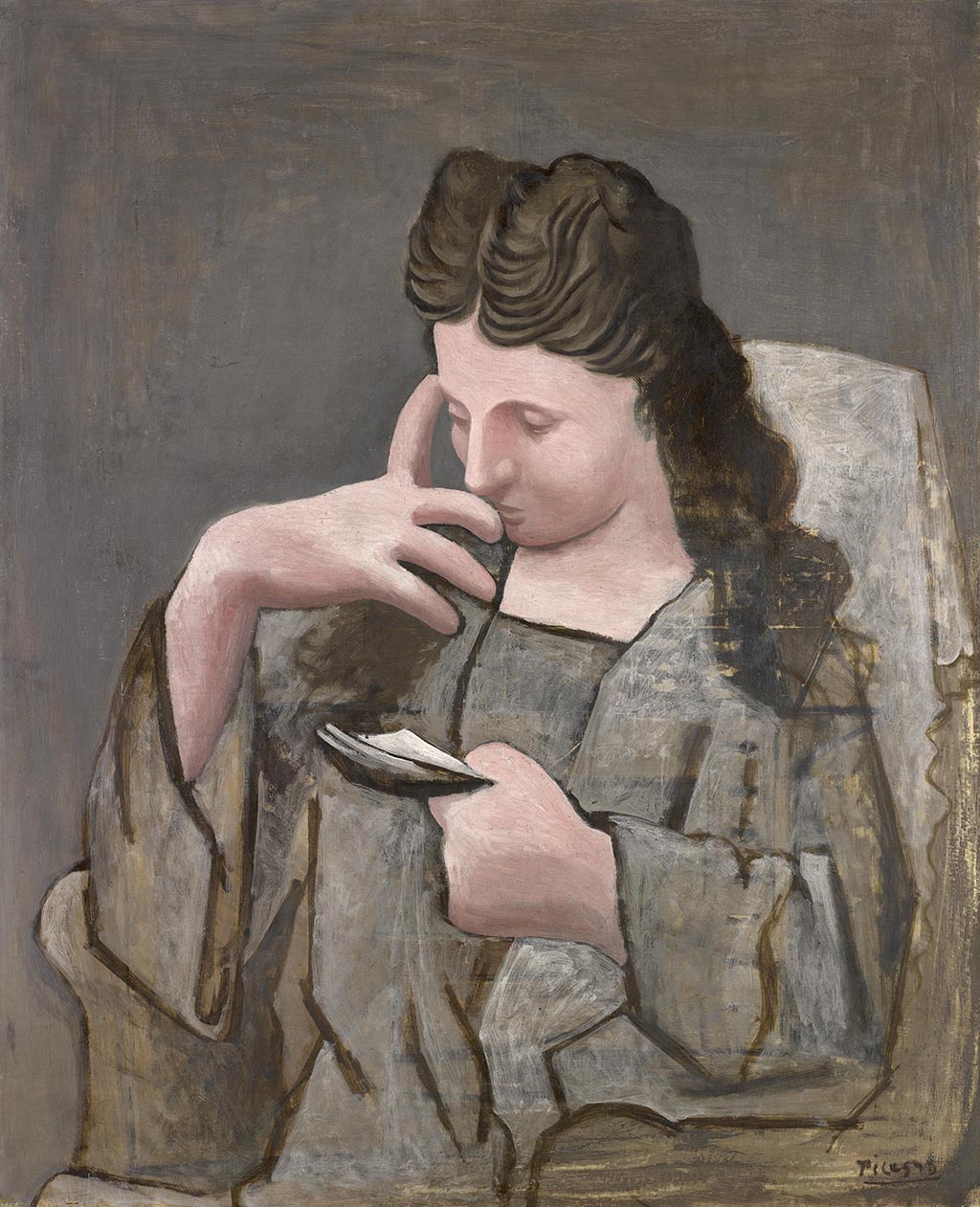 The pioneers of American Modernism

The architecture photographer Ezra Stoller, as they say, was at the right time in the right place. He was born in 1915 in the US and finished school and university in late 1930s, at the time when those who are today called ‘modernist classics’ were actively experimenting. Ezra soon realized that he wouldn’t be a good architect but he could become a good photographer who knows and feels the architecture. It seems that during his long career he took the pictures of all symbolic and important buildings created by various architects, from Mies van der Rohe to Lloyd Wright, from Aalto to Breyer. The most famous photos will be displayed in the Lumiere Brothers centre. 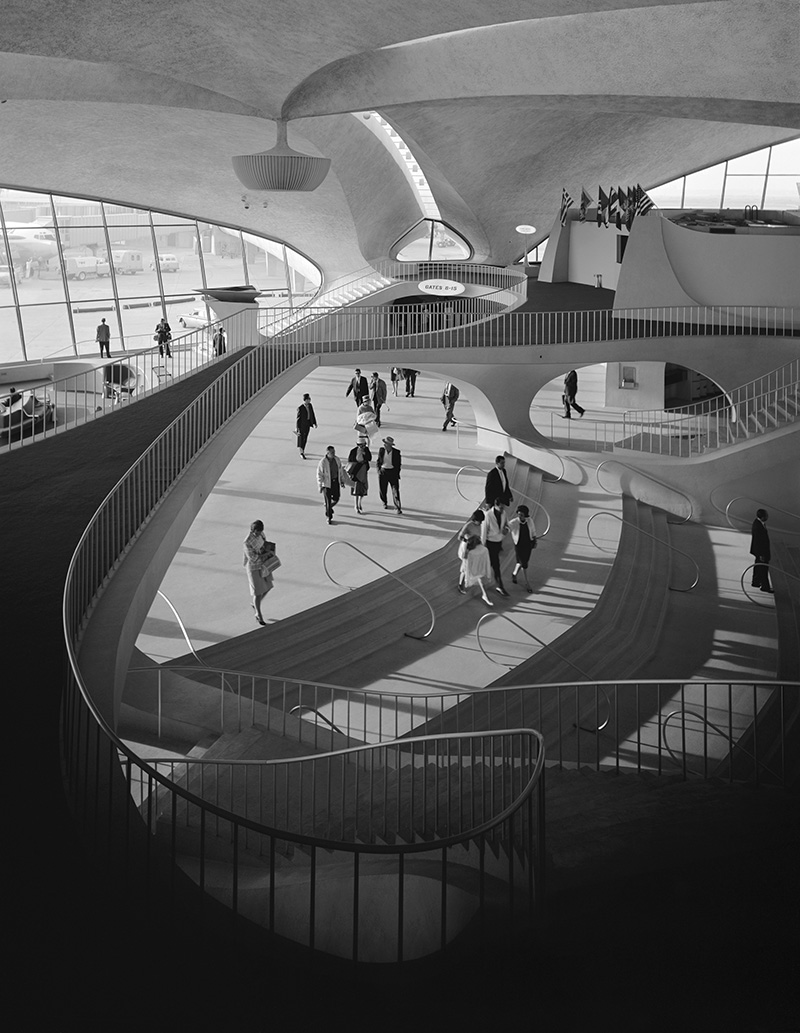 Загрузка...
Поделиться этой записью
Share with FacebookShare with TwitterShare with Google+Share with PinterestShare with LinkedInShare with WhatsApp